Banana Phone and the Generation Gap

Have any of you had an experience that really made you feel the generation gap between your kids and yourself?

I had that experience through, of all things, a game of Banana Phone with Big Bro.

1. As I handed him the banana and pretended to talk to him with mine, I realized that a banana looks nothing like the phones he's seen. He might've felt more at home using, I don't know, a slice of bread. 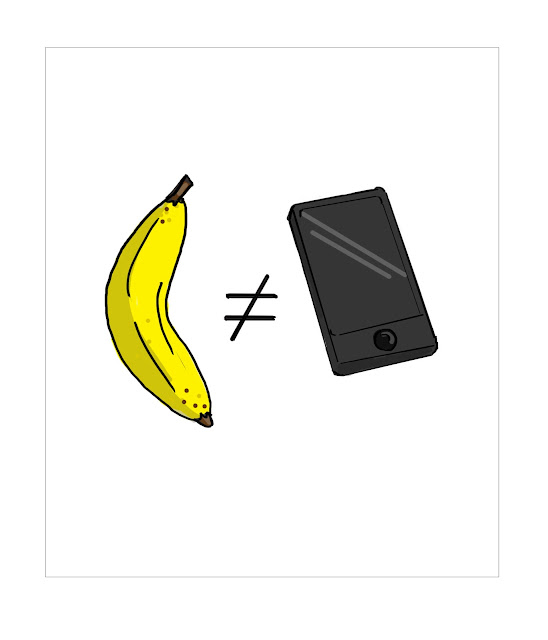 Luckily, I have a stone-age (read: 6-year-old) flip phone that kind of looks like a banana, so I guess he could see what I was getting at.


2. To start the conversation, I asked him who he was gonna call on his banana phone. Quick! Fellow kids of the 80s! We all know there's only one way to answer that: 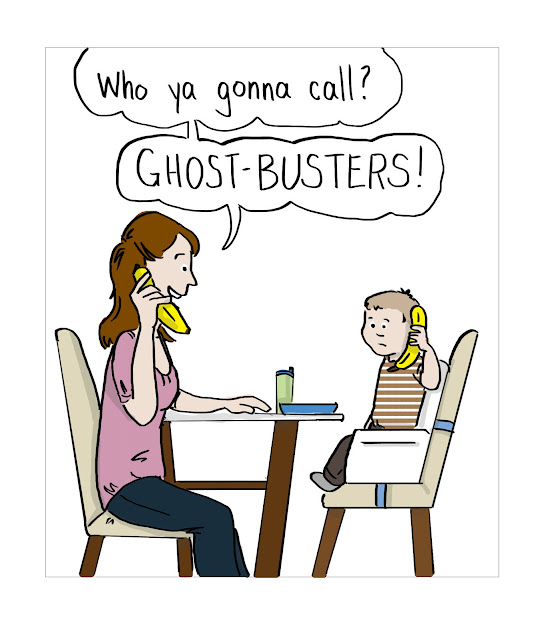 I then realized that his generation will not automatically go to 'Ghostbusters' in response to that question. How am I going to relate to this kid??

So we enjoyed a good chat, mostly about what he had for breakfast. But then when we wrapped up the call, I notice how we each hung up our Banana Phones. 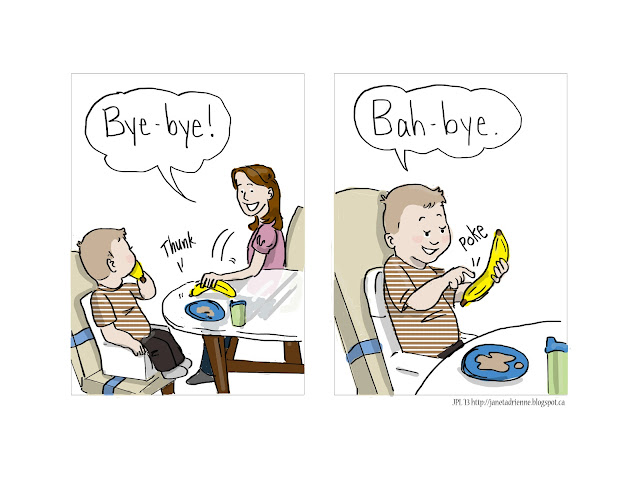 I'm just used to always theatrically placing my banana down to hang it up. Big Bro's banana has an End Call button. Of course it does.

I have to catch up here! I'm not even old, either!

(Speaking of 'catching up', I also have to really start saying 'recording' instead of 'taping' when talking about TV shows before I'm dismissed entirely as a big lame-o).

What have been your experiences that make you feel the generation gap?