BOLO 2015, and Big Bro's Interpretation of the Reading

What a great night it was at Blog Out Loud 2015. Tears and belly laughs all in the same hour, and wit like you wouldn't believe-- or maybe you would, if you are familiar with this year's bloggers. I was proud to be among such a great bunch of storytellers for the second year in a row. Check out the recap of the posts if you missed it. I hope to go back again!

Hello as well to any new readers. Thanks for stopping by, and I hope you'll stick around. Follow Cartoon-Coloured Glasses on Twitter! I'm up to 50-some followers (woot! only 306,950-odd to go and I'm caught up with the Honest Toddler).

Yesterday, I was going over my reading for BOLO; namely, last November's post, The Time We Lost a Shoe at IKEA. I was showing Big Bro my depictions of the story in which he proudly starred. One of my biggest fans, he enjoyed seeing the events unfold in cartoon form almost as much as he seemed to in person. Several times. "I wanna see where you go 'ARRGH' again!"

He then surprised me with his own version of the same event, which he had drawn for me to colour. With permission, I'm sharing his work of art with a  few explanatory notes for you. 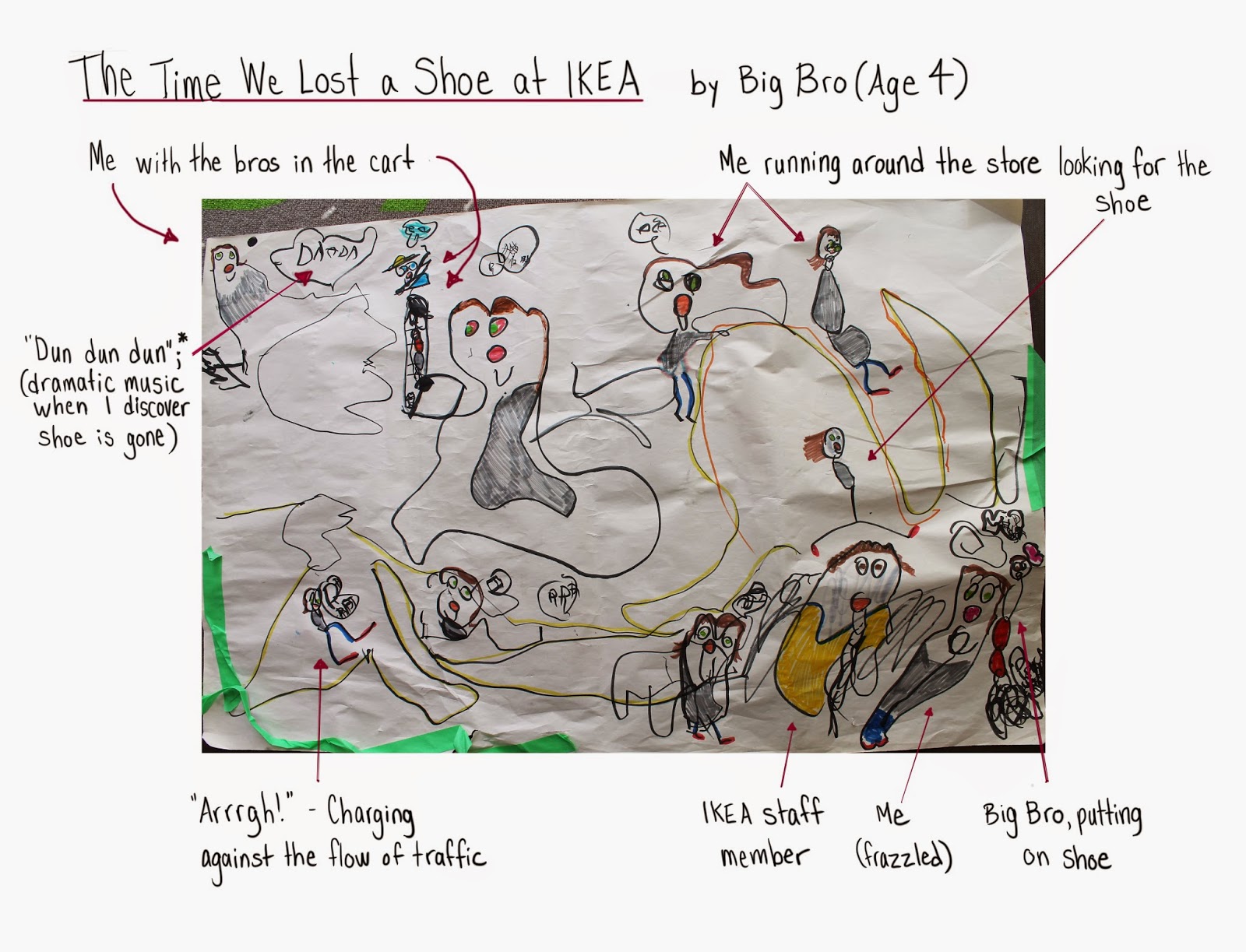 I'm impressed. He got all the sound effects, including the "dun dun dun" --you know, that music they make for an unpleasant surprise or reveal-- to go along with my discovering the lost shoe (did you know you can find that sound just by Googling "dun dun dun"?). He also got the "Arrrgh" on my part as we charged through the advancing crowd.

I don't know if I should be encouraging him... I just might be the subject of his own cartoons one day. But if he is one day lucky enough to be presenting as a cartoon blogger at BOLO in future years, you can say you saw it here first.